Obituary for Charles A. Maraganis 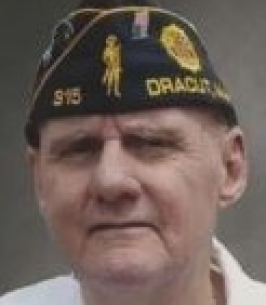 Charles A. Maraganis, age 73, after many extended illnesses, passed peacefully surrounded by family comforting him on Thursday, May 19, 2022.

He was born in Lowell on March 9, 1949 and was the son of the late Alexander and Irene (Zografos) Maraganis.
In 1967, at the age of 17 and during the Vietnam era, Charlie enlisted in the U.S. Army. He was attached to the Chaplain School at Fort Hamilton, NY, where he served as part of an honor guard for military funerals. He was then station at Okinowa, Japan for 18 months. He was honorably discharged as an F-5 Sargent in 1970. Proud of his country, he was a member of the Dracut American Legion, Post 315, and The Greek America Legion, Post 1, in Lowell. Receiving his G.E.D in Okinowa, he went on to get his BA from the University of Lowell in 1979, later receiving his master's degree of education in 1987. In 1999, he was shy of receiving his PhD due to his illness, multiple myeloma. Charlie was employed as a counsler at the Concord Department of Corrections. He later became a Dracut High School teacher where he taught Social Studies and Psychology. Here he found his greatest joy, teaching. His sons Alex and Chris were his greatest pride as he watched each one prosper in life. Charlie also loved family gatherings, watching his grandsons play sports, politics, watching the Patriots, attending Greek festivals at local churches, and reading. He always had a book in his hand. Charlie enjoyed traveling with Sharon, especially on their 6 cruises to Bermuda. He recently attended his Uncle Charlie’s 100th birthday party, whom he was named after.

Charlie is survived by his loving children, Alex and his wife Jen of Dracut, and Chris and his companion Madelynn Senker of Dracut; his six grandsons, Charlie, Anthony, Nathan, Nick, John, and Kyle, all of Dracut; his great-grandson, Jace of Dracut; the love of his life for the last 29 years, Sharon Dupont of Lowell; his stepson Jeff and his wife Eli of Dracut and granddaughters Dani and Sami of Dracut; his sister Sophie Demers and her husband Roland of Litchfield, NH; his brothers, John and his wife Mary Lou of Webster, NH, and Chris of Lowell; his uncle Charles Zografos of Chelmsford; his former spouse, Diane Pfeiffer; and many cousins, nieces, nephews and lifetime friends.

Special thank you to Charlie’s loving companion, Sharon Dupont, for the many years of love, support, and care that she gave him.

Visiting hours will be held on Monday, May 23rd from 4pm to 6pm at the Dracut Funeral Home, 2159 Lakeview Avenue, Dracut. A Graveside Service will be held Tuesday at 11am at Westlawn Cemetery, 215 Boston Rd., Lowell. KINDLY MEET AT CEMETERY. In lieu of flowers, donations may be made to Lowell General Cancer Center at www.lowellgeneral.org or by mail to Lowell General Hospital, Attn: Philanthropy Department, 295 Varnum Ave, Lowell, MA 01854.