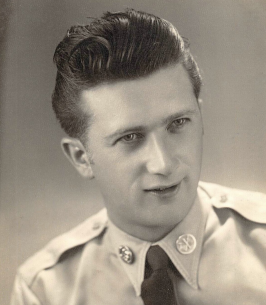 Christo C. Malonis, 94, of Seabrook, NH, formerly of Dracut, passed away peacefully on October 9, 2022 with his loving family by his side.

Chris was born on September 6th, 1928, in Dracut, the son of Charles and Despo (Liakos) Malonis. He was the loving husband of Mary V. (Tomou) Malonis, to whom he recently celebrated sixty-six years of marriage.

Mr. Malonis was a graduate of Dracut and Lowell schools. He served in the U.S. Army Signal Corps during the Korean War.

He was a licensed electrician and real estate broker in MA and the first wire inspector in the town of Dracut. After establishing the department, he served in that position for six years.

He retired from NYNEX (now Verizon) in 1988 after 35 years of service. During his career with the telephone company, he was the supervisor for the installation of Dracut’s first telephone office on Mammoth Rd. He held several supervisory positions and retired as an Engineering Central Office Manager for cities and towns throughout New England.

After retiring, he spent many winters in Jupiter and Palm Beach Gardens, FL, where he enjoyed riding his bike, golfing, and spending time with friends and family. In Seabrook, NH, he enjoyed large family dinners, gardening, and creating unique projects in his workshop.

Besides his wife, he leaves a son, Atty. George Malonis and his wife Lauren of Dracut; his daughters, Christine “Tina” Malonis of Seabrook, NH (formerly of New York City), and Ann Maher and her husband Brian of Littleton; and four grandchildren, Alexandra Malonis of Boston, Christopher Malonis of Dorchester, Christopher Maher of Somerville, and Alana Maher of Waltham. He is also survived by his dear sister, Helen Spaneas of Andover, and several nieces and nephews.

Mr. Malonis was predeceased by his brother and sister-in-law, George and Gertrude Malonis, sister and brother-in-law, Bess and Atty. Tom Harrington, and sister Stella Malonis.

Visiting hours will be held on Monday, October 17th from 9:30 AM to 11:00 AM at the Holy Trinity Greek Orthodox Church, 62 Lewis St., Lowell. His funeral service will follow the visitation in church at 11 AM. Interment will follow in Westlawn Cemetery II, Lowell. In lieu of flowers, donations in his memory may be made to the Annunciation Church of Newburyport or the Holy Trinity Greek Orthodox Church of Lowell.