Obituary for Donald A. Beauregard 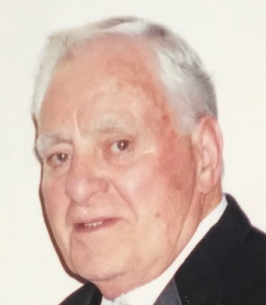 Donald A. Beauregard, age 95, a longtime resident of Lowell, passed away at his home on Thursday, May 26, 2022 surrounded by his loving family. He was the beloved husband of Joan (Fitzgerald) Beauregard with whom he would have celebrated 65 years of marriage on June 22.

He was born in Lowell on November 5, 1926 and was the son of the late Peter and Anna (Vaillencourt) Beauregard.

Donald was an avid outdoor sportsman, who loved hunting, walking through the woods, and going to the shooting range. He enjoyed dirtbiking, motorcycles and snowmobiling. He enlisted in the U.S. Navy where he proudly served his country during WWII (1944-1946) and the Korean War (1950-1952) until his honorable discharge. In a 2019 ceremony, the Government of the Republic of Korea awarded him with the Korean Ambassador for Peace Medal. Donald was a quiet, simple man who loved his family, friends, and animals. Family was everything to Donald.

In addition to his loving wife, Donald is survived by his beloved children, Kathy Pitsios and her husband Charlie of Dracut, David and his former wife Kim of Lowell, Alan and his wife Darlene of Hudson, NH, Gail Semuskie and her husband Stephen of Amherst, NH; his 7 grandchildren, David, Matthew, Chris, Brad, Michael, Ashley and Rachel; his 3 great-grandchildren, Benjamin, Chase, and Oliver; his siblings, Doris and Bill; and several nieces and nephews.

Donald is predeceased by his siblings, Warren, Rita, Theresa and Richard.

Funeral services and interment will be held privately. In lieu of flowers, you may make a donation to the American Heart Association at www.heart.org or Animal Shelter of your choice.