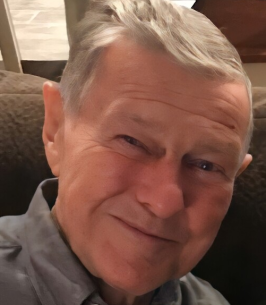 Donald F. McHugh, age 87, a longtime resident of Lowell, passed away at High Point House in Haverhill on Monday. August 29, 2022. He was the beloved husband of Claire (Donovan) McHugh with whom he enjoyed 67 years of marriage.

He was born in Dracut on July 10, 1935 and was the son of the late Fredrick and Alice (Collins) McHugh.

Donald grew up in Lowell and attended Lowell schools. He proudly served in the United States Navy during the Korean War. By trade, he was a plumber, but worked at the Middlesex Superior Courthouse for 23 years as the building superintendent. As a friend of Bill W for 56 years, many people looked up to him. In his spare time, Donald enjoyed running, playing tennis, and spending time with his family.

In addition to his loving wife, Donald is survived by his children, Donna Underwood of Dracut and her husband Bernard, Robert McHugh of Lowell, Joseph McHugh of Nashua, and Paula Ryan and her husband Robert of Hudson, NH; his grandchildren, Michael Underwood of Lowell, Jennifer Kinsella and her husband Benjamin of Dracut, Keith McCarthy and his partner Kaylin Weber of Madison, WI, Benjamin McCarthy and his fiancé Casey Leva of Hudson, NH, and Lily and Brinna McHugh of Lowell; and his great-granddaughters, Emily Claire Sweeney, and Cecelia and Josephine Kinsella. He also leaves behind his sisters-in-law, Dorothy Donovan, and Jeannine Donovan; his brother-in-law, Robert Gagne; as well as many nieces and nephews.

Visiting hours will be held on Friday, September 9th from 4pm to 7pm at the DRACUT FUNERAL HOME, 2159 Lakeview Ave., DRACUT. His funeral service will be held at the funeral home on Saturday at 10am. Interment will be held privately. In lieu of flowers, memorial donations may be made in Donald’s name to the Massachusetts General Cancer Center.