Obituary for Edward A. Sousa 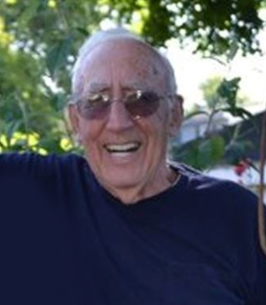 Edward A. Sousa, age 92, a resident of Manchester, NH and formerly of Lowell passed away on Saturday, July 30, 2022 at the Arbors of Bedford surrounded by his loving family. He was the beloved husband of the late Florence F. (Silveria) Sousa.

He was born in Lowell on September 13, 1929 and was the son of the late Antonio and Maria (Silva) Souza. He was raised in Lowell and proudly served his country in the United States Army. Having left school early to help support his mother and grandmother, he received his GED at the age of 46.

Edward worked in Lowell’s textile industry for several years. Prior to retirement he was employed as a shipping specialist for Raytheon. He was adventurous and athletic. An avid tennis player, he also enjoyed skiing, ice-skating, and bicycling. Edward was a talented man: he recorded his family’s adventures using his impressive collection of modern and antique cameras, created astounding folk art bird houses and played several instruments including organ, saxophone and accordion.

His life-long love of the sea took his boats out into the Atlantic and later in life navigating the coves of Lake Winnipesaukee. He and Florence spent their winters with dear friends on Anna Maria Island, Florida - the best part for Ed being $1 burgers and beers with Bob Lupien and Neil Tinker.

Edward was the quintessential family man. From his annual Christmas Eve parties to his attendance at every birthday, soccer game and graduation he never missed an opportunity to show his love and commitment to family.

Sadly, he was pre-deceased by his daughter Nancy A. Sousa and several brothers, sisters and in-laws.

Visiting hours will be held on Thursday, August 4th from 8am to 10am at the DRACUT FUNERAL HOME, 2159 Lakeview Avenue, DRACUT. His Mass of Christian Burial will be celebrated at 11am at Saint Anthony Parish, 893 Central St., LOWELL. Interment will follow in St. Joseph Cemetery, Chelmsford. In lieu of flowers, memorial donations may be made to the Lewy Body Dementia Association at www.lbda.org/donate.