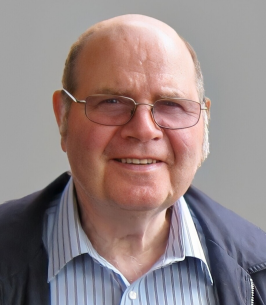 Francis W. “Frank” Peroney, age 82, passed away peacefully among family on Sunday, September 11, 2022 after a long bout of Parkinson’s. He was born in Lowell to the late Ernest and Joanna (Modeski) Peroney.

Frank graduated from St. Michael’s School and Lowell High School. He served in the Army and then worked at DeMoulas Markets until retirement. Frank was a kind, caring and generous soul with a good sense of humor, who donated to many charities, loved animals, and enjoyed going to Foxwoods. He also took pride in collecting at the 4:00 PM mass at St. Michael’s Church until he was no longer able to do so.

Frank is survived by his two sisters, Mary Bardzik of Dracut, and Cynthia Harter of Lowell; his nephews, John Bardzik, James Harter, and James Bardzik and his wife Debbie; his nieces Susan Bardzik, and Stephanie Soules and her husband David; as well as two great nephews, TJ Soules, and Joshua Bardzik.

Visiting hours will be held on Friday, September 16th from 4pm to 7pm at the Dracut Funeral Home, 2159 Lakeview Ave., Dracut. A Mass of Christian Burial will be celebrated on Saturday at 10am at St. Michael Parish, 543 Bridge St., Lowell. Kindly gather at the Church. Interment will be held privately. In lieu of flowers, donations may be made in Frank’s memory to the MSPCA at Nevins Farm at mspca.org/nevinsgift or St. Michael’s School at school.saint-michael.com.