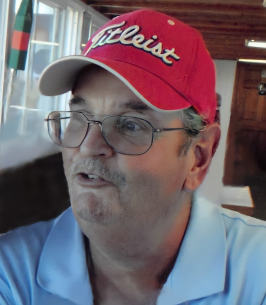 Herbert Thomas “Herb” Raistrick, age 73, a longtime resident of Lowell, passed away at Lowell General Hospital on Sunday, May 15, 2022 surrounded by his loving family. He was the beloved husband of Roberta A. (Clark) Raistrick with whom he enjoyed 30 years of marriage.

He was born in Cambridge on December 7, 1948 and was the son of the late Thomas and Margaret (Etherington) Raistrick of Woburn.

Herb graduated from Arlington Catholic High School and continued his education at U-Mass Boston where he earned his bachelor's degree in Economics. He was a parishioner of St. Michael’s Church where he previously served as a lector. He taught Math at the Greater Lowell Technical High School for 28 years, where he endearingly earned the moniker “The Commissioner” after establishing the Greater Lowell Golf League in an effort to create greater camaraderie between academic and trade instructors. Herb was also on the initial committee of the Greater Lowell Superintendent’s Golf Tournament. He enjoyed the game and was fortunate to play many TPC courses with one of his best friends, the late Bart O’Sullivan. After Herb’s retirement he worked Security at Lowell Memorial Auditorium.

Upon his first cancer prognosis of stage 2 colon cancer in 1999, he was given a statue of St. Peregrine by a beloved friend, Marian Quinn, thus beginning a daily devotion to the Saint. Herb served on the original committee for the annual St. Peregrine Mass. After his complete recovery, he immediately volunteered at Lowell General Cancer Center to drive people to treatments in Lowell and Boston. Herb felt it would provide real hope and proof that they could also be the victor in a cancer battle. He was a participant in the LGH TeamWalk for many years.

In addition to his loving wife, Herb is survived by his siblings, Robert “Bob” Raistrick and his wife Karen of Salem, NH, John Raistrick of Woburn, Catherine Strock and her husband Norm of Newport News, VA, and Rosemary Brevig and her husband Chris of Richmond, VA; as well as many nieces and nephews.

Also, a special thank-you to the LGH staff, especially Anthony in the ICU, Alyssa in Intermediate Care, Chaplains Lynne and Levi, and the staff of M3. Janet was truly a blessing.

Honoring Herb’s request calling hours have been omitted. A Mass of Christian Burial will be celebrated on Saturday, May 21st at 9am at St. Michael Parish, 543 Bridge St, LOWELL. Please go directly to church. Interment will follow in St. Patrick Cemetery, LOWELL.