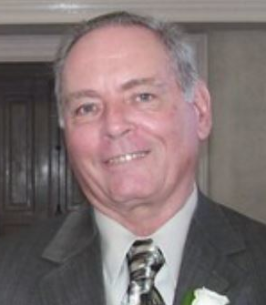 James H. Sartori, age 76, a longtime resident of Hudson, NH, passed away at Southern New Hampshire Medical Center on Friday, August 12, 2022 surrounded by his loving family. He was the beloved husband of Linda (Lippert) Sartori with whom he would have celebrated 53 years of marriage in October.

He was born in Melrose on September 19, 1945 and was the son of the late Henry and Elizabeth (Boudreau) Sartori.

James proudly served in the Army and the Air Force as a technical sergeant for the US military. Upon his retirement, James worked as a letter carrier for the US Post Office. He was a lifetime member of the VFW and volunteered his time as a firefighter for the Bear River Fire Department. He had a family home in Nova Scotia where he and Linda enjoyed time with their friends. James was a loving family man who adored his wife, children and grandchildren. He loved all animals, especially his dog Molly. In his free time, he enjoyed cooking for his family and shopping for his wife. He was the best husband in the world.

In addition to his loving wife, James is survived by his children, Robert of Arizona, James and his wife Rachel of Douglas, Kevin and his wife Susan of Dracut, and Brian and his wife Jacquie of New Mexico; his siblings, John and his wife Barbara, Joe and his wife Cathy, and Dawn; his grandchildren, Brianna Lucia and her husband Christian, Andrew, Jessica, Elijah, Brandon, Aethon, and Ava; and several nieces and nephews.

Visiting hours will be held on Monday, August 15th from 1pm to 5pm at the DRACUT FUNERAL HOME, 2159 Lakeview Ave., DRACUT. Funeral service and interment will be held privately. In lieu of flowers, memorial donations may be made to the United Baptist Church, 37 Pleasant St., Bear River, Nova Scotia, Canada BOS 1BO.