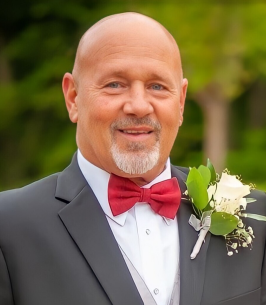 He was born in Lowell on April 3, 1962 and was the son of Claire (Cailler) Wuolle and the late Ronald E. Steere.

Kenneth worked as a truck driver and loved his job. He was a dedicated parishioner of Christ Church United for thirty-three years, where he also served as a Deacon. He was a fan of Fleetwood Mac, enjoyed camping and playing horseshoes, and had a passion for cooking. He also enjoyed bowling with his league. He was an avid fan of Boston sports and would watch games as often as he could. Kenneth loved his children and grandchildren more than anything. He will be remembered as a great family man whose charming and charismatic personality would fill up a room. He will be dearly missed by all who knew him.

In addition to his father, he is predeceased by his stepfather, Alarik Wuolle.

Visiting hours will be held on Monday, October 10th from 4pm to 7pm at the DRACUT FUNERAL HOME, 2159 Lakeview Ave., DRACUT. A Funeral Mass will be held on Tuesday at 10am at Christ Church United, 10 Arlington St., DRACUT. KINDLY GATHER AT CHURCH. Interment will be held privately. In lieu of flowers, donations may be made in Kenneth’s memory to the Dracut Food Pantry at dracutfoodpantry.com.