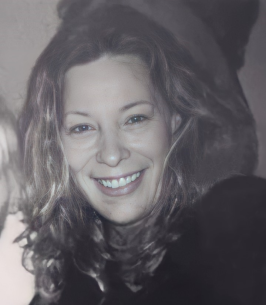 Laury Dorothy (Willard) Burk, age 56, a resident of Lowell, passed away at Lowell General Hospital on Tuesday, June 7, 2022. She was the beloved mother of Wesley and Jacob Burk.

She was born in Winchester on October 27, 1965 and was the daughter of the late Stephen and Judith (Mackey) Willard.

Laury had a great personality and enjoyed being out and meeting new people. She had the biggest heart and always cared for those in her life, she had an innate ability to leave those around her feeling loved. She recognized that she was not perfect, she admired the parts that were and tried hard to mend the ones that weren’t. She was strong willed and driven to do well. She adored her family, and especially cherished the time she spent with her two sons and sisters.

In addition to her boys, Laury is survived by her sisters; Cheryl Laferriere, Jacqueline Healy, and Raegan Comtois, her step-son; Josh Burk and many nieces, nephews, and cousins.

She is predeceased by her parents, and her sister Carolynn (Willard) Scofield.

The family would like to acknowledge the staff and courageous program participants at Glenice Sheehan Program, recovery home that helped Laury during her time there and all the support that showed during her 15-month sobriety.

Visiting hours will be held on Tuesday, June 14th from 5pm to 7pm at the DRACUT FUNERAL HOME, 2159 Lakeview Avenue, DRACUT. A brief prayer service will be held at 6:45pm. In lieu of flowers memorial donations may be made to the Glenice Sheehan Program, 365 East St Bldg 2-9 Tewksbury, MA 01876.