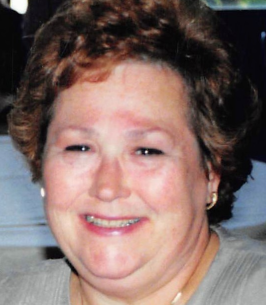 DRACUT – Loukia (Georgaras) Panas, age 75, a longtime resident of Dracut, passed away at her home on Tuesday, July 26, 2022 surrounded by her loving family. She was the beloved wife of Nicholas Panas with whom she enjoyed 46 years of marriage before his passing in 2015.

She was born in Kalamata, Greece on October 1, 1946 and was the daughter of the late Demetrios and Anastasia (Skilomagoulos) Georgaras.

Loukia adored her family and her grandchildren. She enjoyed cooking, baking, tending to her flower garden, and hosting her loved ones at her home. She loved to travel to Greece and was able to visit many of the surrounding countries. Her beloved hometown, Kalamata, Greece, was always her favorite. Loukia was an active member of the Holy Trinity Greek Orthodox Church.

Loukia is survived by her children, George Panas, Esq. and his fiancé Annmarie of Dracut, and James Panas, Esq. and his wife Shannon of Dracut; her grandchildren, Nicholas, Anastasia, Katherine, and Nicole Panas; her siblings, Mary Bakis and her husband Basil of Cary, NC, and Peter Georgaras of Lowell; her sisters-in-law, Marie Panageotopoulos and Caneli Panas of Dracut; her brother-in-law, Louis Panas and his wife Sally of Dracut; and many nieces and nephews.