Obituary for Marcia A. Siara 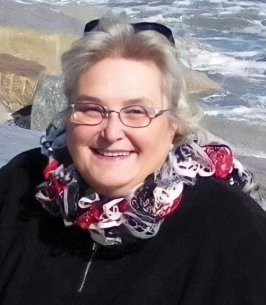 Marcia “Babci” A. Siara, age 68, a longtime resident of Tewksbury, passed away at Tufts Medical Center on Friday, October 14, 2022 surrounded by her loving family.

She was born in Lowell on March 13, 1954 and was the daughter of the late Thaddeus and Frances (Wojcik) Siara.

Marcia grew up in Lowell and graduated from Lowell High School. She enjoyed crocheting, collecting Polish pottery, watching hockey, creating diamond art and visiting the beach when the weather gets cold, she especially liked when it snowed. Her greatest joy was spending time with her grandchildren, she loved being their Babci.

In addition to her parents, Marcia is predeceased by her brother, Thaddeus “Ted”Siara.

Visiting hours will be held on Thursday from 4pm to 8pm at the DRACUT FUNERAL HOME, 2159 Lakeview Ave., DRACUT. A Mass of Christian Burial will be celebrated on Friday at 10am at Holy Trinity Polish Church, 340 High St. LOWELL. Interment in Holy Trinity Cemetery.

In lieu of flowers memorial donations may be made to, Tufts Medical Center C/O The Neely House 800 Washington St. Box 0716, Boston, MA 02111