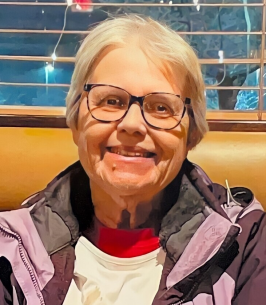 Margaret “Marti” Gorman passed away peacefully on October 3, 2022. Marti was the beloved wife of James J. Gorman. They were married on October 12, 1973, and lived in Dracut most of their lives.

Together they raised two sons, James (Michelle) and Michael, as well as being loving grandparents to Savanna, Grace, Michael, Rose and Joanna.

Marti was born on March 9, 1947. After high school she attended college at Umass Amherst to become a social worker, a job that she worked at for nearly four decades until her retirement. Marti took full advantage of her retirement by embracing her creative side through sewing and quilting for those she loved. She was proud of the quilts she created, and many benefited from her fine craft.

In addition to her sons and grandchildren, she is survived by her sisters, Maureen (Joe) Curtin and Alice Shepard; her sisters-in-law Yong Grant and Peggy Gorman; her brother-in-law Joe (Rita) Gorman; her special cousin Father Arthur Wright, as well as many nieces, nephews and their children.

She is predeceased by her parents, George and Margaret Grant; her siblings, Ellen Dragunas, Frank Grant and George Grant; her brother-in-law, Robert Shepherd, and her sister-in-law, Marilyn Beach.

Visiting hours will be held on Saturday, October 22, from 2:00 – 5:00 pm in the Dracut Funeral Home, 2159 Lakeview Avenue, Dracut. Interment will be held at a later date.

In lieu of flowers, donations may be made to the New England Quilt Museum at neqm.org.