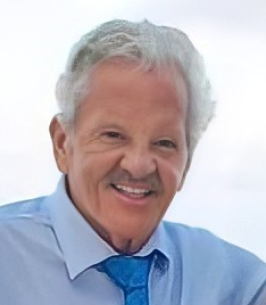 Raymond “Ray” McNulty, age 79, a longtime resident of Dracut, passed away at Lowell General Hospital on Wednesday, August 31, 2022, surrounded by his loving family. He was the beloved husband of Sheila (Pimentel) McNulty with whom he enjoyed 49 years of love and marriage.

He was born in Lowell on January 6, 1943 and was raised by his late aunt Josephine Sequeira.

Ray was a Radioman in the Navy for 4 years. He worked at Wang Laboratories as a supervisor where he met his wife, Sheila. He later worked at Hewlett Packard as a supervisor. Ray loved sitting out on his porch soaking up the sun, feeding the squirrels and listening to his music which he loved sharing with his neighbors. One of his favorite hobbies was drawing pictures and telling jokes. He enjoyed watching Red Sox games, the boxing fights, and his favorite shows with his wife and dog, Gretta. His passion was playing pool which he was known to be quite the “pool shark” that couldn’t be beat.

Some of his favorite days were spent hanging out with his family. You could catch him at any time playing on the floor or singing and dancing with his great-grandkids. Ray loved playing cards with his sons and daughters-in-law. Every Sunday his favorite place was at the pool hall with his son. Any other day you could find him in the sun by the pool, at his great grandson’s games, or hanging out with his grandson-in-law. Each morning was spent taking a walk with his wife and Gretta. He cherished his time with his large extended family and friends who he loved dearly.

He is predeceased by his siblings Robert McNulty, Kathleen McNulty Carmichael, and Paul McNulty; his grandsons, Robert and Christopher Morgan; and his nephew Derek Baron.

Visiting hours will be held on Tuesday, September 6, 2022, at the Dracut Funeral Home from 4pm to 7pm, with Military Honors beginning at 6:45pm. Interment will be held privately. In lieu of flowers, donations may be made in Ray’s name to the American Heart Association by visiting www.heart.org.