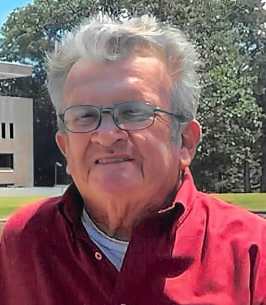 Richard A. White, 82, a longtime resident of Lowell, passed away peacefully on Friday, September 2, 2022 at Beth Israel Deaconess Medical Center in Boston, surrounded by his loving family.

He was born in Lowell on September 14, 1939 and was the son of the late Everett E. and Rita (Calkins) White.

Richard grew up in Dracut where he attended Dracut Public Schools and graduated from Dracut High School. He continued his education at UMass Amherst where he received a bachelor’s degree in Political Science. Upon graduating from UMass Amherst, he was drafted into the US Navy and proudly served his country in the Vietnam War from 1961-1963. After returning home from the Vietnam War, he met his former wife and the mother of his children Dorothy (Shaw) White, and they had 3 beautiful children. While growing his family, Richard worked at the Dracut Public Schools as a history teacher while attending Northeastern University in Boston where he earned a Master of Arts degree in Political Science. He also attended UMass Boston where he received a Master of Arts and Sciences in American Civilization. He then went on to work at the Lowell District Court, working his way up to Assistant Chief Probation Officer, a position he held for many years until his retirement.

Anyone who knew Richard knew how excited he was for retirement. To commemorate his retirement, he flew out to Springfield, Illinois to celebrate his love for history and Abraham Lincoln. His grandchildren would joke that time with Grampy was guaranteed to include jokes and laughter, music, art, and history lessons. Richard loved spending time at the Boulevard, either walking down the river or sitting and enjoying the view. He also enjoyed summer days at the beach and spending time at his home, sunbathing on his steps reading or listening to music. He took such pride in his lawn and garden, ensuring he had “the most beautiful green lawn in South Lowell.”

Richard was known for his love of his beloved stamp and coin collections. He thoroughly enjoyed the arts. He adored attending plays, going to art museums and exhibits, and music festivals like the Lowell Folk Fest and Tanglewood. He would often be heard singing along to Frank Sinatra, Billie Holiday, Eva Cassidy, and Barbara Streisand, just to name a few. He was also a passionate sports fan. Richard closely followed college and professional football, baseball, hockey, and the WNBA. For the past few years, Richard proudly wore his Dracut Speedway hat, educating friends and family about the Speedway - something only a small group of Dracut residents knew. To say that Richard will be sadly and sorely missed by many friends and family is truly an understatement.

Sadly, he is predeceased by his daughter Melissa Stamp, and his sister Janet (White) Ramalho.

Visiting Hours will be held on Sunday, September 18th, 2022 from 1pm-4pm at the Dracut Funeral Home, 2159 Lakeview Ave., Dracut with Military Honors beginning at 3:45pm. Memorial donations may be made in Richard’s memory to Home Base Veteran and Family Care at www.homebase.org.