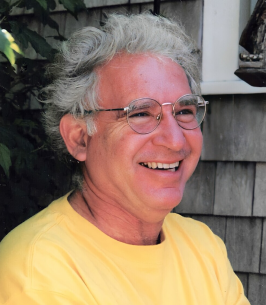 Robert E. “Bob” Corey, 81, a longtime Dracut resident, passed on Sunday, September 11, 2022 at Lowell General Hospital Saints Campus surrounded by his loving family. He was the beloved husband of Leslie Gay (Garrett) Corey with whom he shared 40 years of marriage.

Bob was born in Lowell on October 26, 1940, a son of the late Leo G. and Lillian D. (Tessier) Corey. He was raised and educated in Lowell, growing up in the city’s “Little Canada” section.

Bob was a proud US Air Force veteran having served during the Cold War. Prior to his retirement, Bob worked for the Department of Defense as an auditor.

He was a founding member of Dracut Access Television’s Board of Directors and served on the board for several years. For over 35 years Bob and Gay were considered DATV’s dynamic duo, covering special events in the town of Dracut under the name “Bob & Gay Productions” and together they enjoyed volunteering countless hours of their time. He was a proud member of Centralville Sportsman’s Club in Dracut and a member of the Shriners. Bob also served on the Board of Commissioners for the Dracut Water Supply District since 2001.

In the afternoon, Bob enjoyed spending time at home and watching television. Some of his favorite shows were Gunsmoke, Columbo, Hogan’s Heroes, and Murder She Wrote. His hobbies included operating his ham radio (call signal WB1FRH), building Star Trek models, and working with electronics. During his free time, Bob enjoyed visiting flea markets, making his “Tourtière” French Canadian meat pie from scratch and taking road trips with Gay to the mountains and the beach.

In addition to his loving wife, Bob is survived by his children, Donna M. Lessieur of Dracut, Kyle W. Morrison and his significant other Jennifer Sousa of Lowell; his brother, Ernest Corey and his wife Millie of Tewksbury; his grandchildren, Courtney and Benjamin Langlois, Skyler and Jakob Morrison, and Matthew and Robbie Melton; his great-grandchild, Asher; and several nieces and nephews. He is predeceased by his granddaughter, Tracelyn Morrison and his son-in-law, Lieutenant Alan Lessieur.

Visiting hours will be held on Thursday September 15th from 3-6 PM at the Dracut Funeral Home, 2159 Lakeview Ave., Dracut. Funeral Services will be held privately.

In lieu of flowers, donations may be made in Bob’s memory to the American Heart Association by visiting www.heart.org.