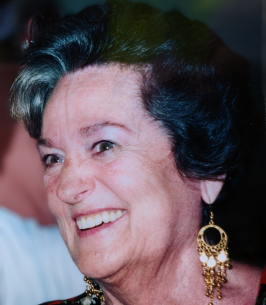 DRACUT – Sylvia E. (O’Brien) Rodriguez, 85, a longtime resident of Dracut, passed away peacefully on June 15, 2022 at her home. She was the beloved wife of the late Jesus A. Rodriguez with whom she shared 30 years of marriage until his passing in 2000.

She was born on February 25, 1937 in Randolph, VT, and was the daughter of the late Samuel and Edith (Champany) O’Brien.

Sylvia grew up in VT and NH, attending both Hanover High School in Hanover NH, and Stevens High School in Claremont, NH, from which she graduated in 1955.

After graduation, Sylvia moved to CO and then to FL, where she adored camping and snorkeling in the Florida Keys. She briefly returned to NH before settling in Dracut, MA. She worked as a home health aide for the Family Service of Greater Lowell and cherished the conversations and relationships she developed with her patients.

A true Vermonter, she loved spending her summers with family and friends in the Vermont countryside. She was a voracious reader and a fantastic baker who enjoyed making delicious homemade goodies for her friends in the Bell Lab at MIT, who affectionately nicknamed her HMom.

Sylvia leaves her daughter Heather MacAlpine and her husband David of Durham, NC, two younger brothers, Donald O’Brien and Robert O’Brien, both of NH, as well as one niece and several nephews.

Funeral services and interment will be held privately. A Celebration of Life will be held at a future date. Memorial donations may be made in Sylvia’s memory to the MSPCA at www.mspca.org or by mail to MSPCA-Angell, ATTN: Donations 350 South Huntington Ave., Boston, MA 02130.