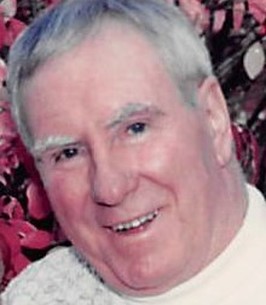 Thomas W. “Tom” Keefe, Sr., age 93, Member of a well-known Dracut family, died peacefully on August 5, 2022 surrounded by his loving family. He was happily married to Joan (Sullivan) Keefe who predeceased him on August 16, 2015, after 64 years of happy marriage. Born at home in Dracut on July 4th, 1929. He was the son of the late John and Marietta (Quinn) Keefe.

Tom was a Call Firefighter in Dracut during World War II, on many occasions he was required to drive the firetruck to fires due to lack of man-power during the war years. Tom served for four years with the U.S. Air Force during the Korean Conflict in Tripoli, Libya. He was discharged as a Staff Sergeant. He also worked at the New England Telephone Company for over thirty years, retiring as a Staff Manager. Tom was a life member and past Commander of the Dracut American Legion. He also was a member of the Veterans of Foreign Wars. Tom was a licensed Mass Auctioneer and he organized and conducted many benefit auctions throughout the Merrimack Valley. He served as Dracut’s Town Auctioneer for over forty years. He was a Master of Ceremonies for many Dracut political parties as well as social and fundraising events in Dracut. Tom was a member of the Dracut Historical Society, where he helped organize the first Christmas Festival of Lights in 1995. He served as a member of the Dracut Summer Concert Series.

In their younger years, Joan and Tom enjoyed dancing at Lakeview Park, and Commodore Ballrooms. Tom and Joan enjoyed spending time with their family on the many vacation and skiing trips. Tom and Joan enjoyed hosting many parties at their home in Dracut Center. Tom worked as Dracut’s part-time Tax Assessor. Tom will be deeply missed by his two daughters; Kristine Keefe Murphy and her husband Joseph of Lowell, and Margaret M. Keefe and her companion Christopher Blais of Rio Rancho, New Mexico, his two sons; Thomas “Tim” Keefe of Lowell, and James Keefe and his wife Joy of Dracut, a daughter-in-law, Suzanne Keefe of Dracut, and five grandchildren; Blake Murphy, Byron Murphy, Erika Keefe, Corey Keefe, and Carly Keefe, and great grandchildren; Maciek Murphy and Patrick Keefe.

Tom was predeceased by his son Charles Keefe, and his three siblings, Raymond Keefe, Anna (Keefe) Pendergast, and John Keefe.

Tom’s family would like to thank the staff at Lowell General Hospital for all the care that they have shown over the past two weeks.

Visiting hours will be held on Wednesday, August 10th from 4pm to 7pm at the DRACUT FUNERAL HOME, 2159 Lakeview Avenue, DRACUT. A Mass of Christian Burial will be held on Thursday at 10am at St. Francis of Assisi Parish, 115 Wheeler Rd., DRACUT. Interment will follow in Oakland Cemetery, DRACUT.