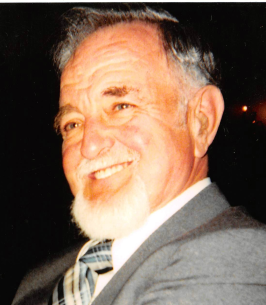 Thomas F. Reardon Jr., 90, a longtime resident of Dracut, passed away at Lowell General Hospital on Sunday, August 7, 2022 surrounded by his loving family. He was the beloved husband of Aline A. (Adams) Reardon with whom he enjoyed 52 years of marriage until her passing in 2008.

He was born in Lowell on October 23, 1931 and was the son of the late Thomas and Jean (Barry) Reardon.

Tom proudly served in the United States Army during the Korean War and received a Purple Heart. As a dedicated Veteran, he was a lifetime member of the VFW in Lowell. Tom worked in the maintenance department at Lowell General Hospital for many years until his retirement. Tom enjoyed golfing, dancing, bowling, playing cards and trips to Foxwoods. Most of all, he cherished the time he spent with his family.

Tom is survived by his daughters, Diane Ackley of Dracut, and Karen Gehalo and her husband Ken of Fremont, NH; his grandson, Christopher Gehalo and his wife Crystal of Dracut; and his two great-grandchildren Katie and Maddie. He is also survived by many loving friends and extended family.

In addition to his loving wife, Tom is predeceased by his son in-law, William “Buck” Ackley; and his two brothers and two sisters.

At the request of the family, Tom’s funeral arrangements will be held privately.