Obituary for William B. Wacome 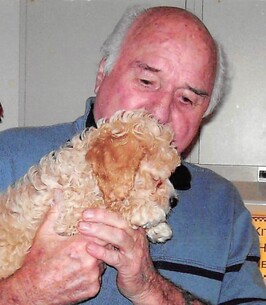 William B. Wacome, age 90, a longtime resident of Dracut, passed away at Lowell General Hospital on Friday, November 11, 2022.

He was born in Lowell on June 25, 1932 and was the son of the late Charles E. and Mary B. (Barclay) Wacome.
William received his education in Dracut. He proudly served in the United States Marine Corp. during the Korean War. A decorated combat veteran, he received many combat ribbons and medals. In his younger years, William served as a volunteer Dracut Fire Fighter. He was employed as a truck driver with the Dracut Highway Department and worked as an Antiques Dealer in Westford.

He enjoyed hunting, fishing, and antique cars. William was also a proud member of the Marine Corp. League 823, Hudson, NH, and the VFW Post 5791, Hudson, NH.

In addition to his parents, he is predeceased by his two sons, William B. Wacome Jr., and Robert C. Wacome; and his siblings, Millicent Sheppard, Everett Wacome, Charles Wacome, and Jean Vinecomb.

The family would like to express a special thank you to Sandy Chaput, Melania Chaput, and Patty Perry for always calling and going to check on William.

At William’s request, all services will be held privately. Arrangements have been entrusted to the care of the DRACUT FUNERAL HOME, 2159 Lakeview Ave., DRACUT.